Today eight of my piano students and two of Chelsea Daniel’s students performed in a virtual Soirée using Zoom.  It was very successful thanks to the wonderful performances and the hosting and management of my daughter Rose and her assistant Debbie.  The students and their pieces are lasted below.  There were 44 people registered as audience and because more than one person was often on the call, Rose estimates between 60-70 people were watching the concert.

It was the first time I have attempted to do a virtual concert and I am very excited about it.  I wish more students had been able to perform but this time was a bit of an experiment to see what is possible. I do have quite a few student performances on this website under the tab Student Performances as an attempt to let students share the pieces they are working on at the time.  However, I think having a special event when everyone performs for each other at a given time has a special feeling to it.

It was very special to share the event with Chelsea who was once my student, and who is now teaching after completing her degree at the Butler School of Music at the University of Texas in Austin.  Chelsea also played in the Soiree and you can listen to three of her performances under my student recital page, including Florence Price’s “Fantasie Negre”.

Wonderful work all performers!  Thank you to parents and supporters and to Rose and Debbie and also Sara who did the striking graphics for the invitation and program: 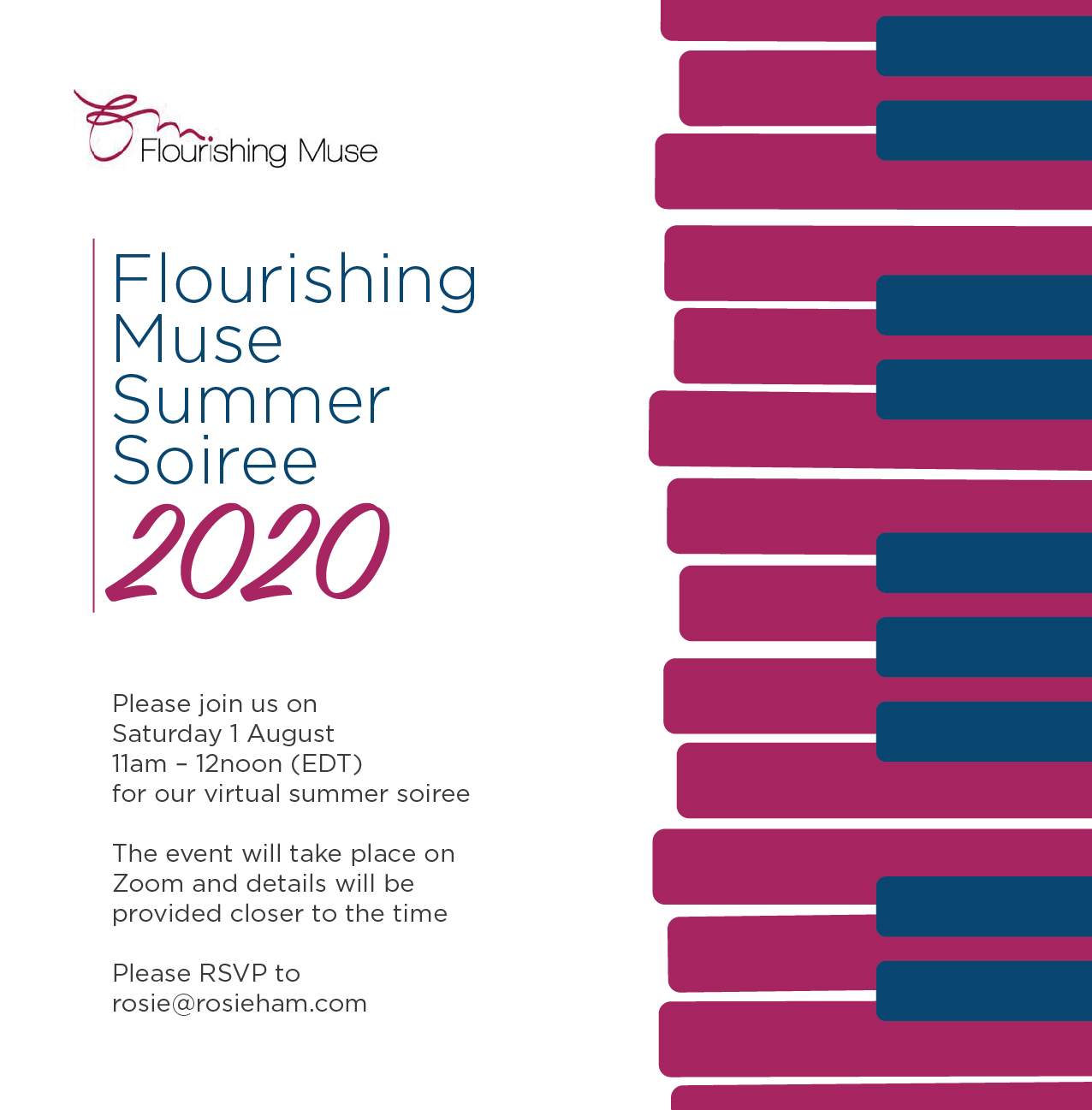 “My Dog Spike” and her own composition!

Here are a few screen shots from the Zoom call:

Some of the attendees 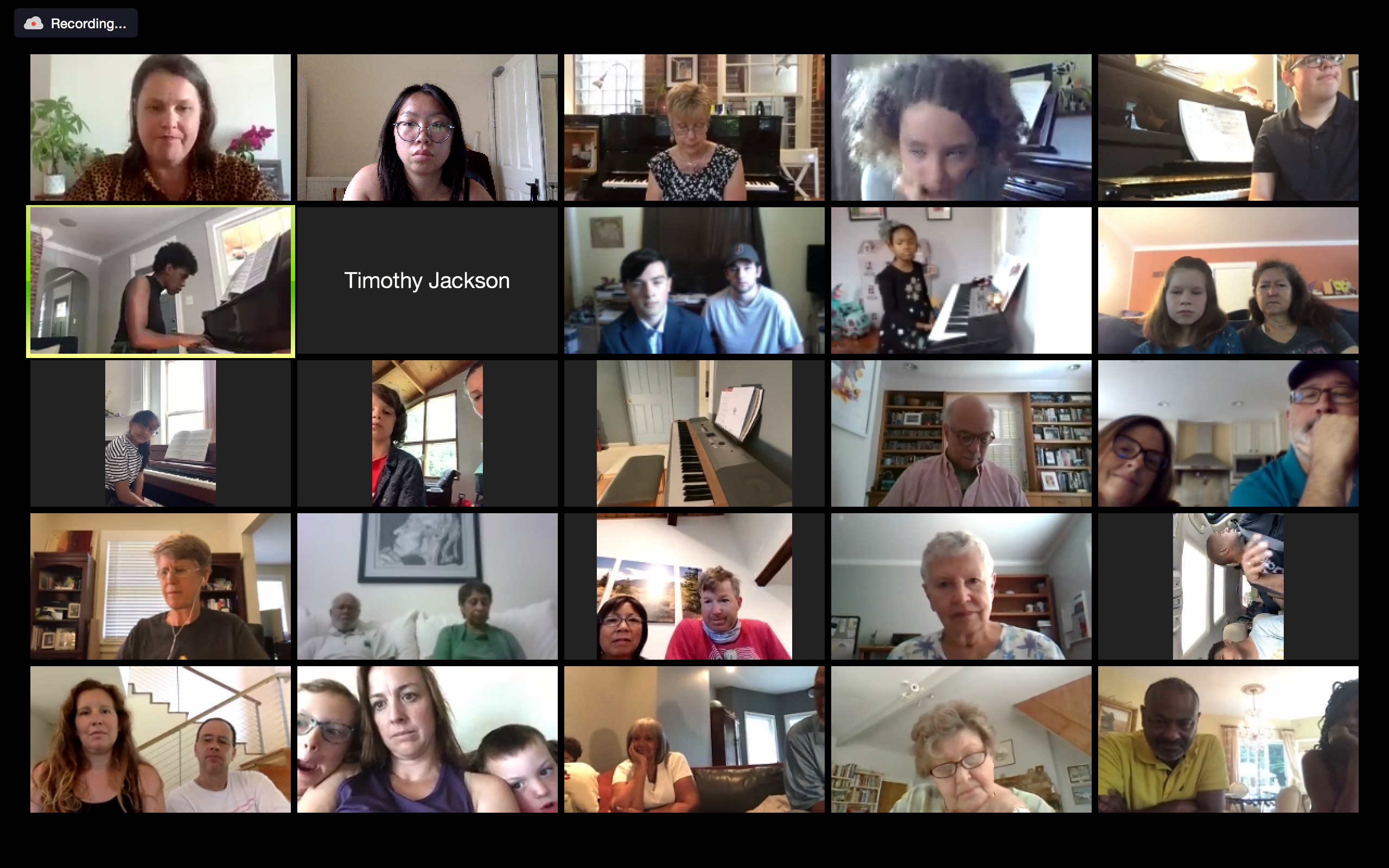 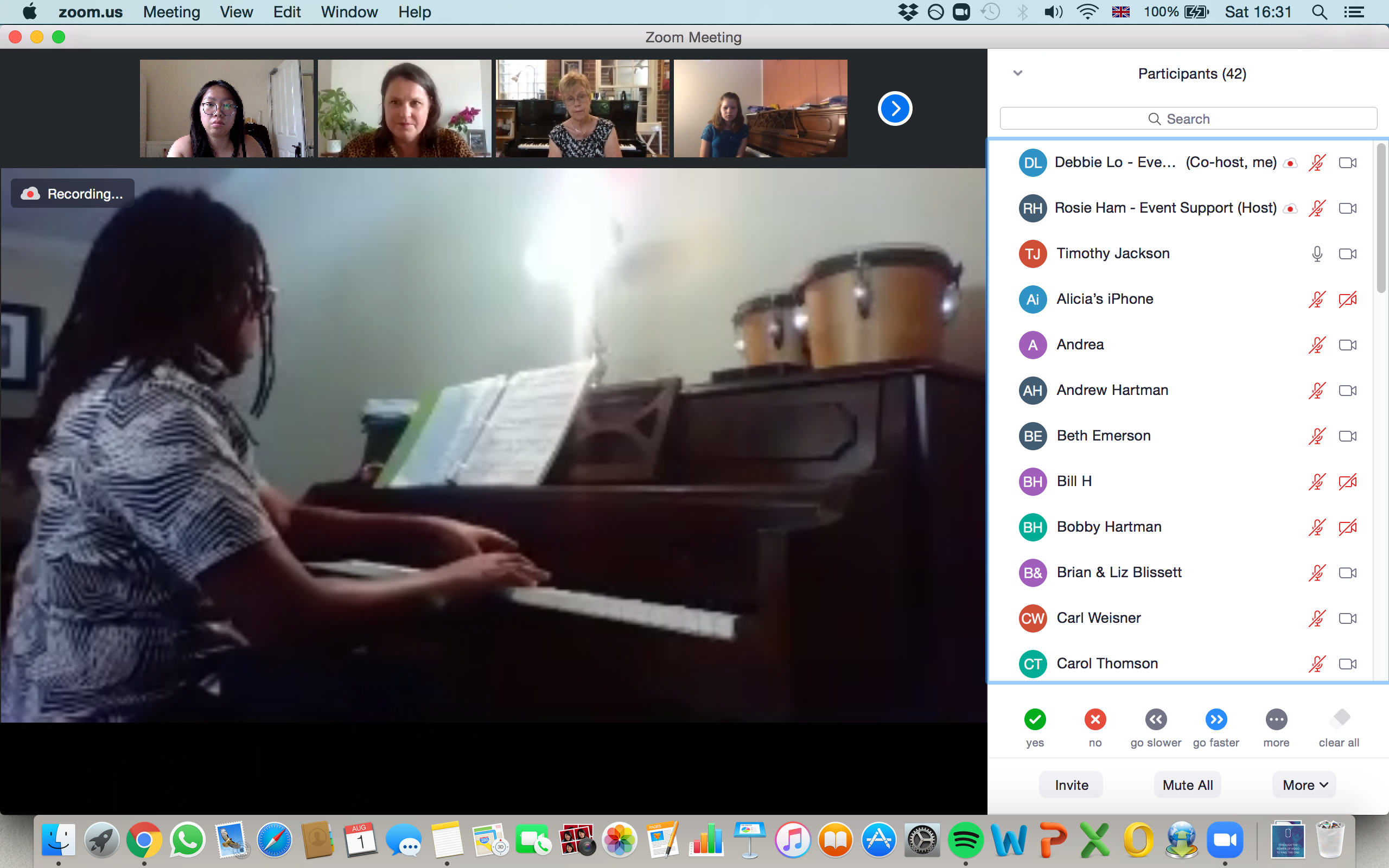 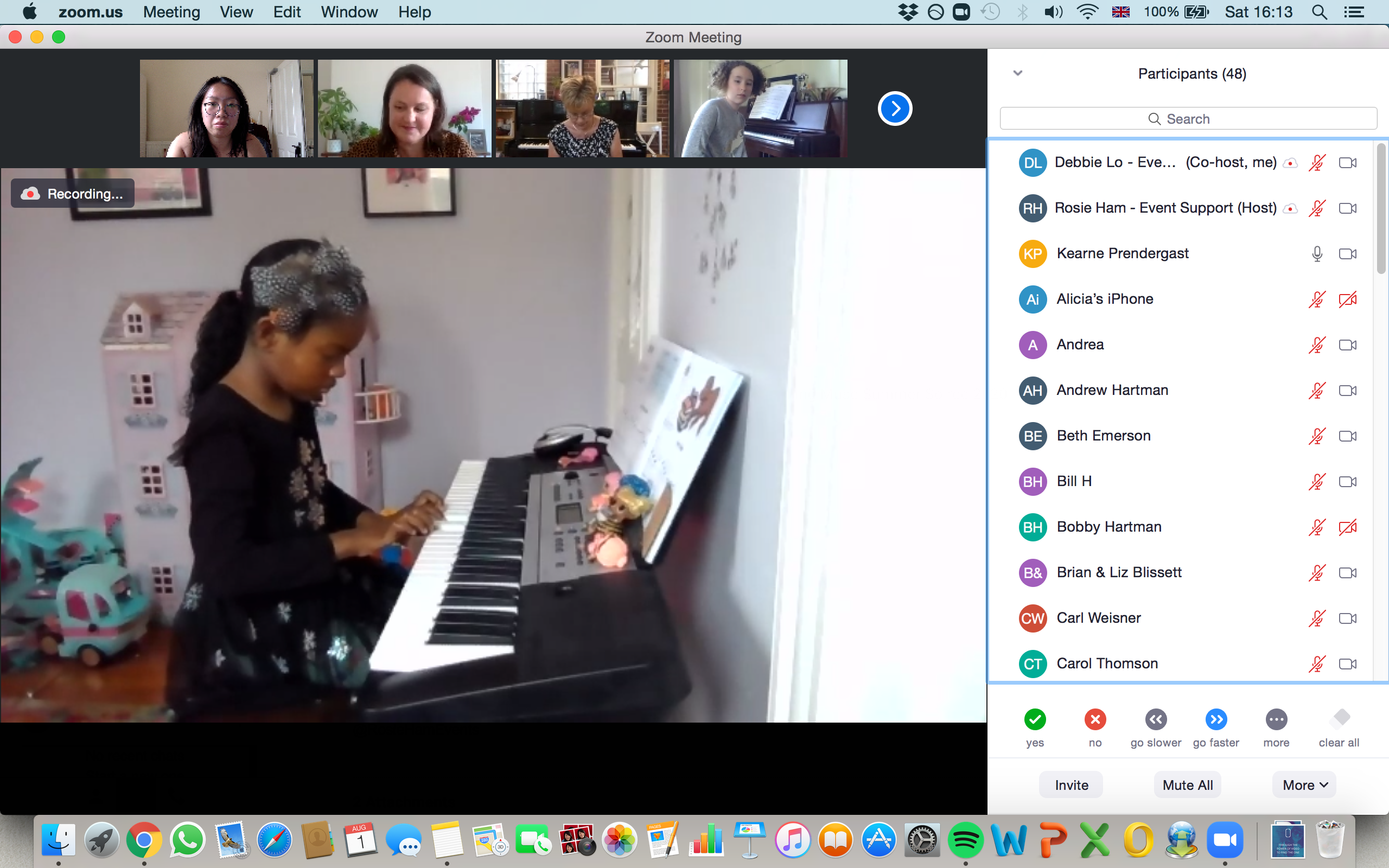 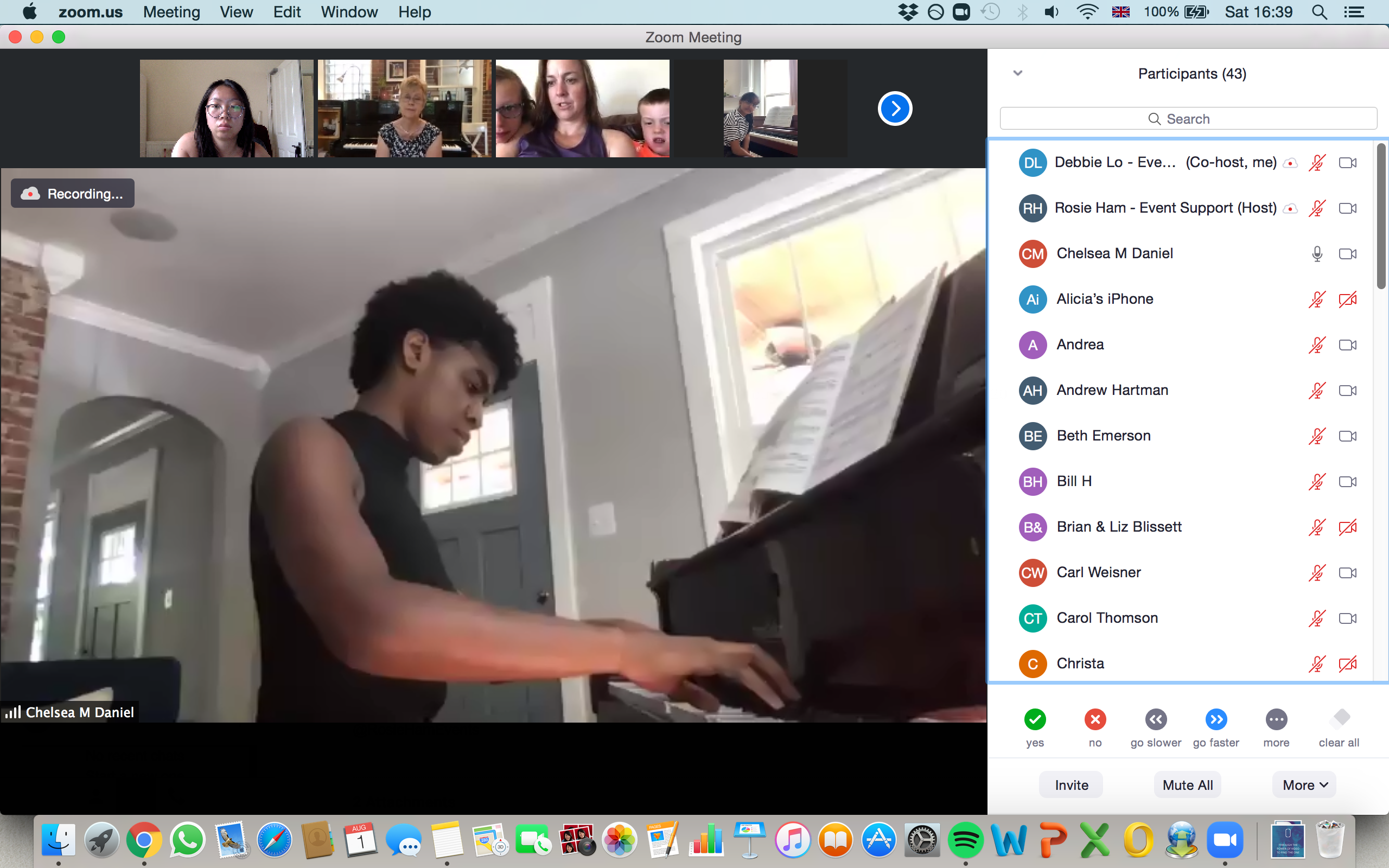